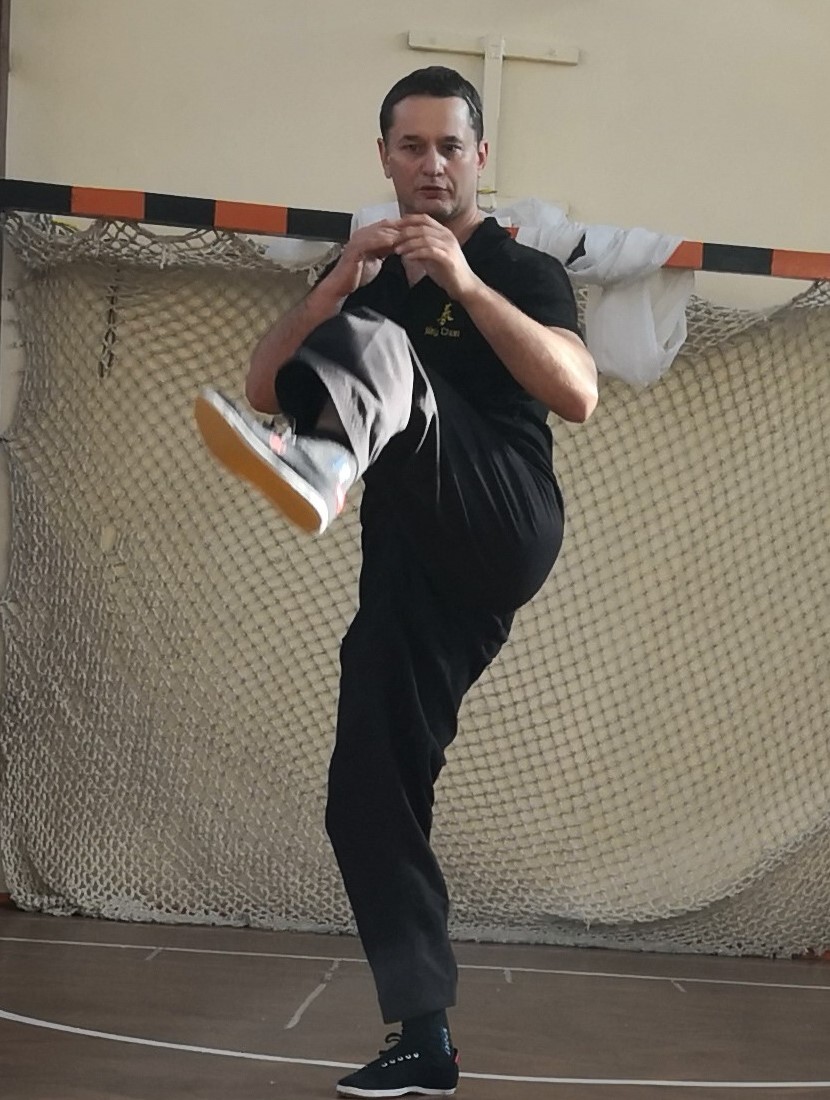 Wing Chun is indeed a very controversial style and probably one of the last Chinese kung fu systems to be still standing in the sea of mma and all the other good and efficient for fighting systems.

In the 70’s 80’s and 90’s Kung fu ruled supreme with the help of the Hong Kong movie industry and the likes of Jeet Lee, Jackie Chan, Sammo Hung  and others. Iconic movies like Warriors Two, The fighters from the Mysterious Valley, Prodigal son, Karate Kid ,the American Ninja series became so popular that schools were opening at every corner. That was the golden age of Traditional martial arts. I started my practice of Kungfu in the 90’s when the wave was at it’s peak. I was a huge fan and a dedicated beyond belief student. Bear in mind that information was scarce an there was no youtube at that time so It was difficult to cut through bullshit. I really trusted that with enough training people can actually jump from roofs, and kill other people from distance and all that stuff. The naivite was there but it started to shatter after my first encounter with a real street bully. After that episode I’ve started to as questions and to doubt but I was still in the kung fu boat. First love is hard to forget. Doubting the fighting abilities of the traditional kung fu that I was practicing, I started to look for something simple and closer to reality and so I encountered Wing Chun. I know I know… Wing Chun these days has a terrible image but bear with me please. I have to admit that I was totally unimpressed with the style especially looking from the perspective of Sanda( Chinese kickboxing that involves throws). I had my fair share of “dojo fights” and the average Joe from the Wing Chun camp didn’t impress me with anything. I had to admit though that there were a few, very few competent people who could kick my ass easily using very traditional kung fu techniques. Now that made me interested. Looking deeper into the philosophy and theory of the system I discovered a very consistent and valuable iteration. I had to reckon that even though I was not impressed with  the abilities of the Wing Chun students, the theory behind the techniques was very sound and meaningful. I’ve decided to study the art. The more I’ve studied the more I was impressed by it’s simplicity and genius. On the negative side however I was shocked by the clannish attitude of the masters and students. I was amazed that they couldn’t reach a consensus upon the simplest technique and everybody claimed : “what we do is right right and everybody else is wrong. It seemed that everybody was the sole guardian of the universal fighting truth coming from the one and only grand master Yip Man. I also have to mention here the very subtle nationalistic accents in teaching the art. I don’t even want to start reviewing the very famous Yip Man movie series from this point of vue.

I had however the great fortune to study under a very good Wing Chun master in Hong Kong who was very open and didn’t have this kind of attitude, so my understanding of Wing Chun grew exponentially. He was not the “ kneel in front of me you foreigner and give me the cup  of tea so that I can teach you the innermost secrets of kung fu”  type of guy. Instead, our relationship was, the way I call it, a “ heart to heart’ relationship and I cannot thank him enough for having this kind of attitude. I honestly think that people should respect and understand each other’s culture. I think master and student are very volatile and interchangeable terms and I personally will never make people kneel in front of me just to feed my ego or show my “soft” power. I remember a very funny legend that was shared to me by a Chinese friend: In China during the imperial period it was customary for subjects to prostrate in front of the emperor. Obviously in the western culture we do not have and did not have this habit and this had created a lot of problems for the Chinese court officials who had a hard time explaining to the emperor why the Western emissaries do not do that. So they come up with a story, saying that western people have some kind of knee problems because of different anatomy, so they simply cannot bend their knees enough to execute a proper prostration. This saved face for both sides. It is actually pretty funny because even today some people with low education in China think that we are biologically different.

There is a saying : ” it’s the art but also the man behind the art” so my desire to  enrich my knowledge with Filipino stick fighting, Wushu( Sanda Taijiquan, Nanquan and Shaolin quan) and my dabbing into the world of Muay Thai and grappling gave me a certain insight into the art of Wing Chun that I would like to share with you here. I am grateful to my Wing Chun students because they are the reasons I became very interested in Arnis/Kali/ Eskrima and grappling as well.

I believe that everything in this world is added knowledge and if some of my ideas exposed here can help you be a better fighter, a healthier person or to use a euphemism that is very fashionable today “ a better version of yourself” then the goal of this writing  is fulfilled.

Why do I like to call it a system and not a style? Well first of all because it is a very coherent mix of theory and practice that can bring a student from point A – beginner to point B – competent . Every student in the end will develop his own style of expressing and understanding the theory and techniques based on the same System. The theory and techniques are the same but the expression depends on each one’s physiological traits, body structure and understanding.

Clinch fighting  – That distance where fighters can use hands legs knees elbows and throws.

Ground fighting – Obviously everything that happens on the ground be it submission or strikes.

According to this Classification, from my point of vue wing chun falls into the clinch fighting category.

Wing Chun is a very consistent and smart system if we consider this as being the favorite fighting distance. It becomes however very sloppy and ineffective if we consider anything  else. Many people complain that in a striking context they cannot see wing chun techniques even though both fighters are wing chun students. That is because of the fighting range. No matter what system one uses if we are talking about long range, because of our human body characteristics, only one set of rules to generate power and movement applies. The law of efficiency will decide that in a certain range and under a certain rule set, the fighters will always look almost the same. The evolution of Boxing is a very good example and it can be checked and verified. As the rules changed the typology of the fighters and the way the fights looked changed as well.

The point is not about the style of fighting but about the rules of combat and distance. These will influence the way a fight looks like. Of course some of the wing chun techniques and theory can be adapted for a different fighting range but my belief is that they were not designed like that.

Because of the Historical context of the time , Wing Chun was not designed for competition fights not for point fighting or full contact round fighting. Wing Chun was also not designed for war type of fighting. It was designed as a close range and clinch range fighting system of self defense. Of course nothing in life is static and everything changes and evolves, Wing Chun included. The historical context changed many times since the creation of the system so the system has changed as well. Fake masters, Half masters, secretive masters all influenced the way it was transmitted to the next generation. It is really impossible now days to determine what is traditional or original Wing Chun. It evolved and continues to evolve even now. Some of the developments are more successful than others but certainly today’s Wing Chun is very different from what people were training 50 years ago.

Let’s go back to the main fighting range of wing chun which is supposed to be clinch fighting. Everything in Wing Chun is consistent with this idea starting with the “elbow in” principle to the vertical punch.

We know that basically Wing Chun has 3 empty hand forms and 2 weapon forms plus one wooden dummy form. The system is fairly simple from this point of view. The main difference between wing Chun and other martial arts styles is that the forms are not considered to be imaginary fights with an imaginary opponent but more like tools to develop body awareness, kinetic chain alignment, train power generation, basically they were created in order to create and enhance specific body abilities. They are tools and nothing else. Being tools we have to learn how to use them properly otherwise they can back fire in time and give birth to various health problems. Unfortunately,  again they became dogma and a purpose instead of means to an end.